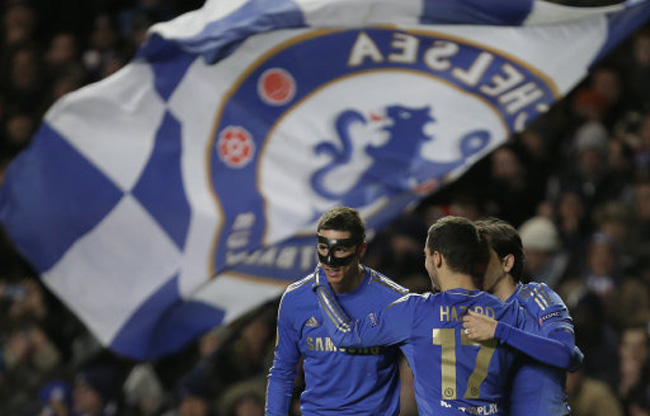 Fernando Torres, resplendent in one of those rather in-fashion facial masks, re-discovered his shooting boots on Thursday night, bagging a brace as Chelsea ran out deserved winners against Rubin Kazan.

The Spaniard netted one in each half while Victor Moses also got in on the goal action on 32 minutes. The visitors did bag a goal themselves, courtesy of Bebras Natcho’s spot-kick on the half-hour mark (after John Terry had handled), but overall the Blues were well in control for the vast majority of the game.

While Rafa Benitez may now be the most popular man at Stamford Bridge, he could yet finish the season with more than one piece of silverware before he leaves the west London club.