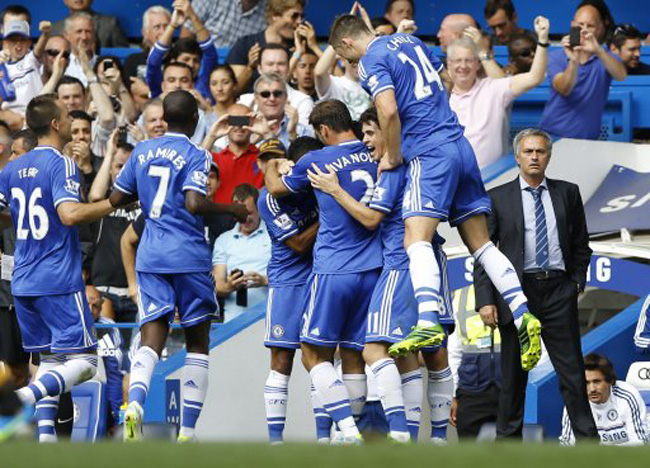 Back in the bosom of the Stamford Bridge faithful, Jose Mourinho looked as though he had never left, as he oversaw a comfortable 2-0 win against Hull, making it 61 home league games without defeat for the Portuguese coach at the Bridge.

Kevin De Bruyne was handed a start for the Blues and the Belgian made the most of his chance, producing an outstanding midfield display. The goals came courtesy of Oscar after just 13 minutes and then  courtesy of a free-kick from Frank Lampard, which Hull ‘keeper Allan McGregor really should have saved. To be fair to the Tigers’ glovesman, he did stop a Frankie Lamps spot-kick prior to the free-kick goal.

Steve Bruce’s Hull worked hard to get back into the game with Robert Koren going close but overall this was Chelsea’s and Mourinho’s special day.