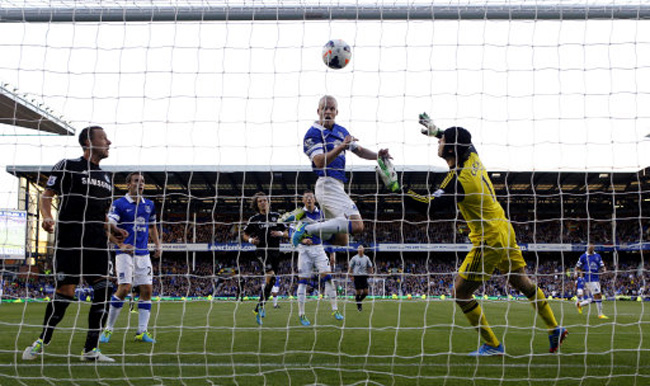 Despite creating a decent amount of chances, particularly in the first-half, Jose Mourinho’s Chelsea couldn’t find that all-important cutting-edge at Goodison Park, as the home side secure their first win of the new campaign.

Steven Naismith was the goal-hero for the Toffees, heading home after great work from Nikica Jelavic on the stroke of half-time. However, the visitors should have already been on the scoresheet themselves, only to struggle in front of goal.

Roberto Martinez will be delighted with his side’s disciplined display, with Gareth Barry superb in central midfield as the home side stood firm against the Blues. Indeed, as the game wore on, the Toffees themselves pushed for a second goal, with loony defender David Luiz lucky not to see red for pulling back Kevin Mirallas, who was in on goal.

However, int he end, Naismith’s goal would prove enough for the Toffees. As for Chelsea, one wonders if the striking trio of the ageing Samuel Eto’o, the erratic Fernando Torres and the inconsistent Demba Ba will provide the Blues with enough firepower for a title tilt this season.