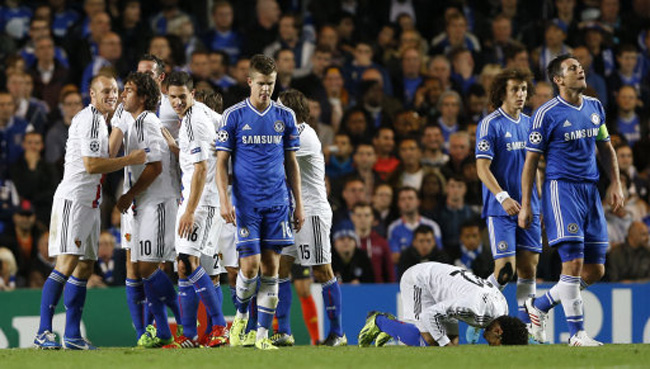 Jose Mourinho’s “good eggs” failed to deliver at Stamford Bridge on Wednesday night, going down 2-1 to FC Basel in a shock defeat in west London. The result comes exactly six years since Mourinho saw his Chelsea side draw 0-0 with Rosenborg on home soil, a result that saw the Portuguese coach part company with the Blues.

With Willian and Marco Van Ginkel both started for the home side but it was Brazilian Oscar who would open the scoring at the end of the first half. However, after the break, the Swiss side rallied and eventually went level courtesy of the superb  Mohamed Salah. Then, on 82 minutes, the experienced Marco Streller nodded home to give the visitors a surprise victory while condemning Mourinho to his second defeat in a row.