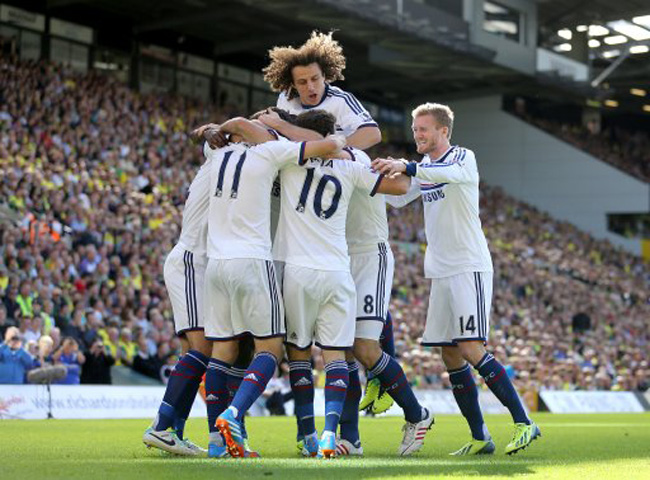 Jose Mourinho and co. looked to be headed for a disappointing draw against Norwich on Sunday, only for Eden Hazard and then new-boy Willian to pop up with a goal each to seal the win for the Blues.

Brazilian playmaker Oscar has given the visitors the lead after just four minutes but they struggled to build on that lead and eventually conceded the second goal of the game, courtesy of a header from Irish international Anthony Pilkington midway through the second half.

Mourinho sent on both Hazard and Willian, along with Smaeuil Eto’o, in search of all three points and was rewarded when Hazard finished off a fine counter-attack before Willian curled in a superb goal in seal the deal for the west Londoners.