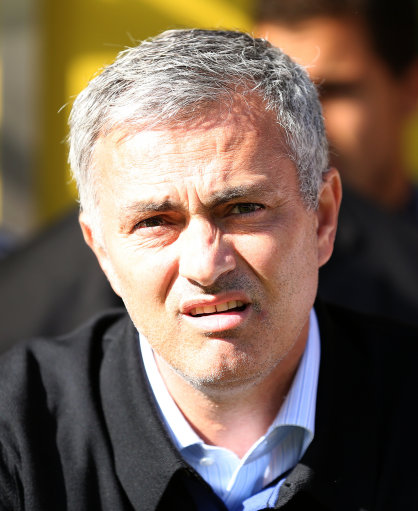 Jose picks up the unmistakable scent of John Terry

Chelsea manager Jose Mourinho has claimed that his highly-tuned olfactory senses render him able to “smell” various phases of football matches including when a goal is about to be scored.

After going 1-0 up in the fourth minute against Norwich on Sunday afternoon, Chelsea laboured for the next 80-odd minutes, conceding an equaliser and seeing Demba Ba fluff an open goal in the process, before two goals in the 85th and 86th minute fleshed out their 3-1 victory at Carrow Road – not that Mourinho was remotely worried, as he could smell exactly what was on the cards, telling reporters:

“During the game I am not nervous. I have feelings. I smell things, and when that easy (open) goal was missed (by Demba Ba), I had a smell that they would score a goal.

“We could have won or lost it at 1-1 because we, at that moment, didn’t want a point. We are trying to be top, so we tried to win it.”

Forgive us Jose, but we can smell bullshit.