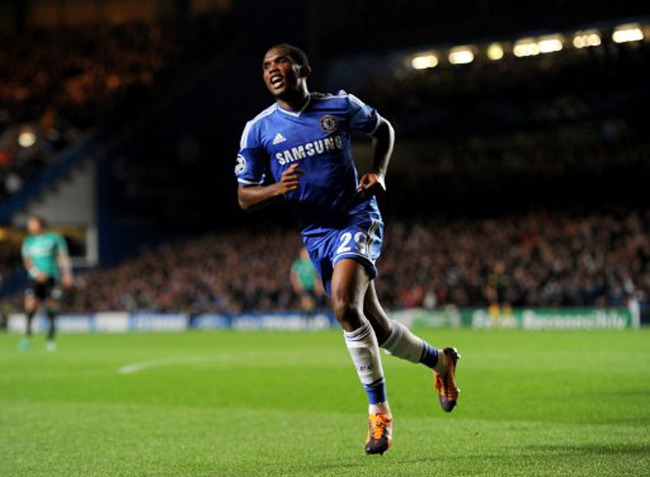 He may be well into the autumn of his esteemed career, but veteran hitman Samuel Eto’o showed there’s still life in the old multi-millionaire superstar footballer yet by bagging a brace at the Bridge against Schalke.

The striker’s first goal, on 31 minutes, came after he charged down a slovenly Timo Hildebrand clearance, with the ball rebounding off Eto’o and into the Germans’ net. The ex-Real Madrid attacker’s second came early on in the second-half after good work from Willian, however, the visitors themselves had chances to score too, with Julian Draxler and Adam Szalai going close.

Late on, two Chelsea subs combined to seal the deal, with Demba Ba firing home after a pass from Frank Lampard as Jose Mourinho’s men bounced back from their weekend defeat against Newcastle.