It’s Friday tea time and, as they do every week, BBC Sport have leaked the teaser trailer for tomorrow’s Football Focus all across the internet’s nice clean floor.

Usually, we’re treated to snippets from a fairly bog standard interview with <insert Premier League player/manager name here> but this week’s FF instalment is a little different, largely being as though it contains footage of Chelsea ‘keeper Petr Cech jamming on drums with Roger Taylor in the back room at the Queen legend’s house.

Now, you may well be asking, “We all know that Cech enjoys paradiddling the pig-skins in his spare time but how on Earth did he ever manage to wind up at Roger Taylor’s house?”

Well, apparently the pair met on a flight to Lisbon a while ago and immediately struck up a  friendship based on their mutual love of percussive noise-making.

It’s a tale as old as time. How lovely.

Of course, this isn’t the first time a Premier League footballer has worked in conjuction with Queen – far from it… 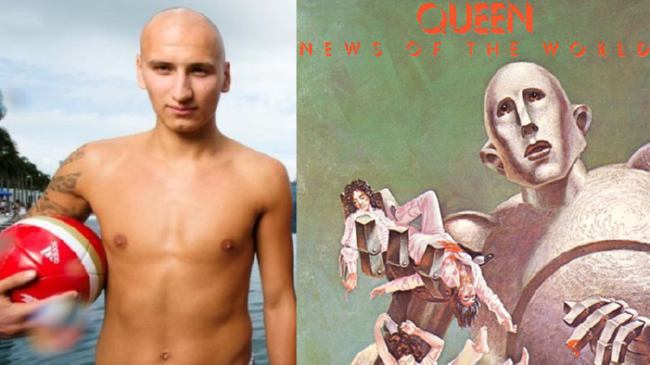