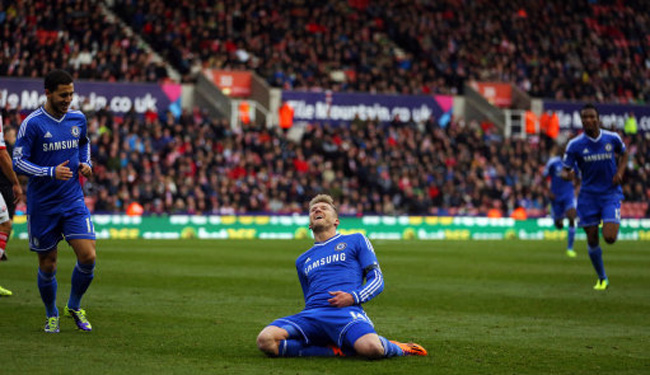 Andre Shurrle bagged a superb brace for Chelsea but it wasn’t enough for the Blues who went down 3-2 at the Britannia. Peter Crouch levelled the scores after Schurrle’s opener while a fine effort from Stephen Ireland put the Potters ahead before the Blues’ German attacker netted again. However, with the game almost over, Liverpool loanee Oussama Assaidi launched a magnificent piledriver which flew past Petr Cech and into the Blues’ net. Overall, Jose Mourinho’s side really should have won but this defeat leaves them four points behind leaders Arsenal who have played a game less.