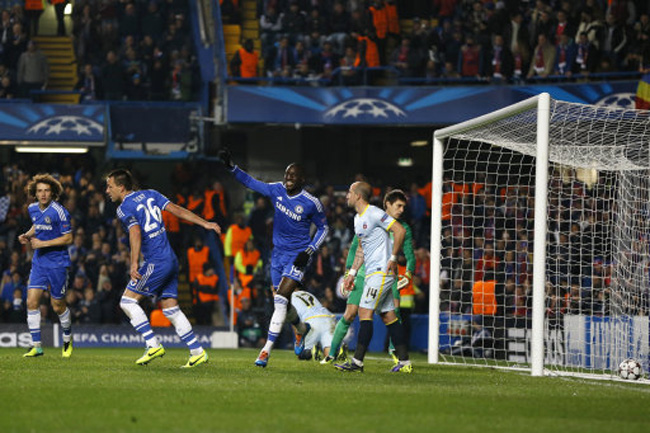 Chelsea rather strolled into the last 16 of the Champions League courtesy of this 1-0 win at Stamford Bridge. It really should have been won by a much bigger margin, with the Blues consistently profligate throughout the game. Demba Ba, who missed a few decent chances on the night, was the goal-hero, scoring from close-range on 10 minutes. The win sees Jose Mourinho’s charges win Group E, an honour which sees them face one of these guys in the next round – Bayer Leverkusen, Galatasaray, Olympiakos, Zenit St Petersburg or AC Milan. What about a return to the Bridge for Gala’s Didier Drogba in the last 15?