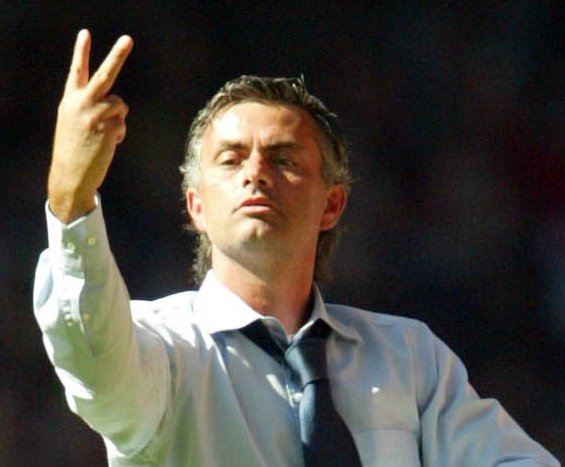 Several days after his “small horse/poor little us” schtick, Jose Mourinho has spent his afternoon delivering his weekly glib quip to the adoring press throngs crammed into the media suite at Cobham and, as is customary, he’s had a bit of a silly pop at one of his rivals in a bid to keep the nation nattering about anything other than his boring team.

This time he’s been ribbing Arsene Wenger, branding the Arsenal manager an “expert in failure” according to several of the journos in attendance…

Mourinho on Wenger: “He is a specialist in failure. I’m not.”

Mourinho: “The reality is he’s a specialist because eight years without a piece of silverware, that is failure.”

A fair few “oofs” – and some shocked laughter – in the press room when Mourinho said his “failure” line.

We know it’s crap, you know it’s crap, Mourinho knows it’s crap – but it’s his stock in trade and will, of course, be taken and reported as gospel by the teat-suckling press at large because…well, because it’s Mourinho.