As part of their pre-tournament build-up, FOX are planning to air a World Cup-themed Simpsons special at some point in March which will see players from several famous clubs cameo in a yarn about Homer inadvertently becoming one of the world’s finest referees in an episode brilliantly entitled, “You Don’t Have to Live Like a Referee”.

Any Tom Petty reference gets a solid two thumbs-up from Pies.

Any road up, Barcelona, Zenit, Corinthians, Porto, Juventus and Boca Juniors have all okayed their players’ images being used in the show, as well as Chelsea – who have since become the first of FOX’s chosen clubs to have their players immortalised in Simpson form. 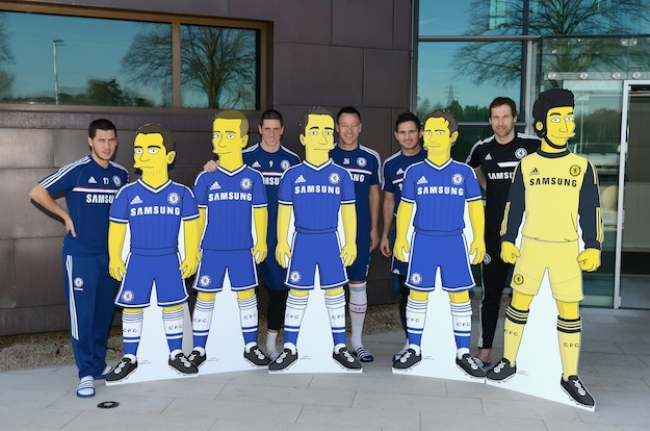 If a giant cardboard cut-out of yourself as a Simpsons character isn’t enough to coax a smile out of you, then may God have mercy on your cold, joyless soul.

We’re looking at you, Eden.