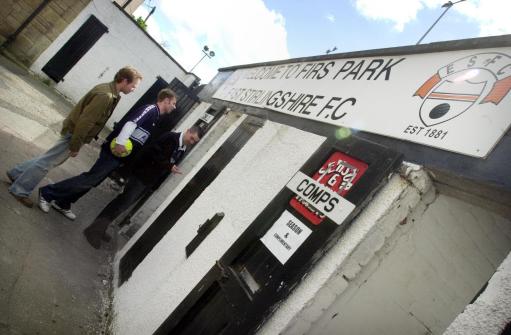 Scottish League Two side East Stirlingshire FC have decided now is the time that they are to cash in a deal made with Chelsea as part of the transfer that took Eddie McCreadie to Stamford Bridge back in 1962.

According to BBC Tayside, Chelsea agreed to play both a home and an away friendly with East Stirlingshire as part of the £5,000 transfer deal for left-back McCreadie – who went on to make over 300 appearances for the Blues before taking over as manager in 1975.

The two sides then met at Firs Park in 1963, but the second game at the Bridge never materialised.

After realising his club had been owed a match for the last 52 years while perusing old transfer documents, East Stirlingshire chairman Tony Ford then made a “friendly” approach to Chelsea.

“When Eddie McCreadie went from the Shire to Chelsea, the agreement was that there would be a couple of friendlies, home and away, and while the one here happened the away game didn’t – and now it’s 50 years later!

“At the end of the day, we kept our end of the bargain. The ball is in their court, in a friendly way.

“We’ve enlisted the help of Pat Nevin, who’s done some work for Chelsea TV, and he’s banging the drum for us.

“You never know what might happen, there’s always a chance.”

Come on Chelsea, you know what to do!