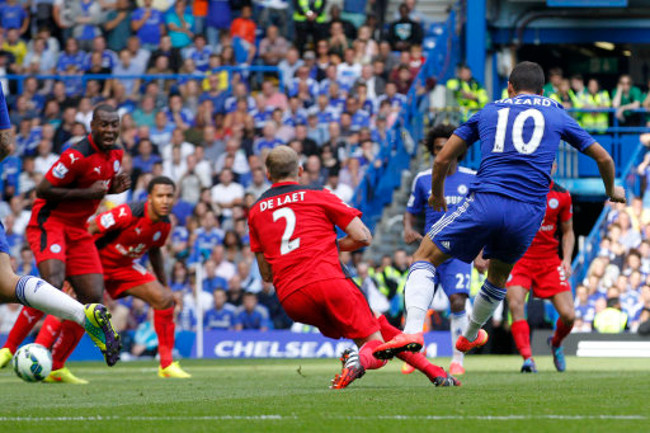 The Blues toiled in the first period against a well-organised Leicester side who also threatened the hosts’ goal on various occasions. Indeed, striker David Nugent had a great chance to score for the Foxes after the break, when through one on one with Thibault Courtois, only for the Belgian ‘keeper to save his shot.

Jose Mourinho’s side improved in the second 45 and eventually took the lead courtesy of another close-range finish from Costa. The superb Eden hazard then doubled his side’s advantage with a fine effort to maintain the west Londoners’ 100% start to the new season. However, Leicester boss Nigel Pearson will no doubt be buoyed by his side’s impressive display at Stamford bridge.