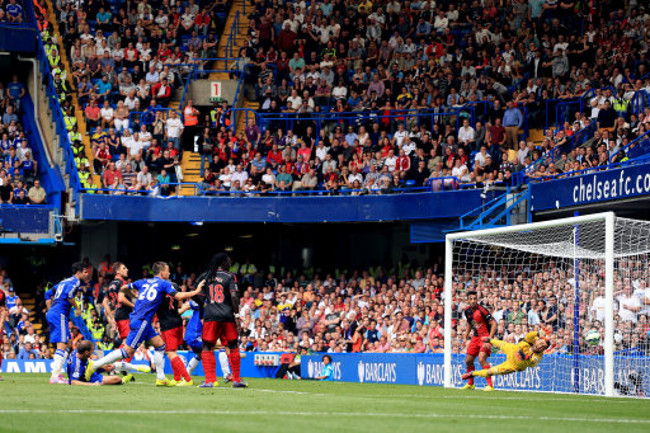 Diego Costa’s superb start to the season continued at Stamford Bridge on Saturday, with the Spanish international bagging a hat-trick against the Swans. Those three goals take his tally for the season to an incredible seven after just four games, but the Blues had to work hard for the win.

Garry Monk’s side took the lead early on after an own-goal from John Terry but despite producing a good first-half display, the Swans went in at the break level after Costa netted from yet another Cesc Fabregas assist.

In the second-hald, Costa added two more before sub Loic Remy netted a fourth for the Blues. Jonjo Shelvey got one back for the visitors late on but ultimately this was another impressive win for a Chelsea side who look by far the best side in the division so far this season.