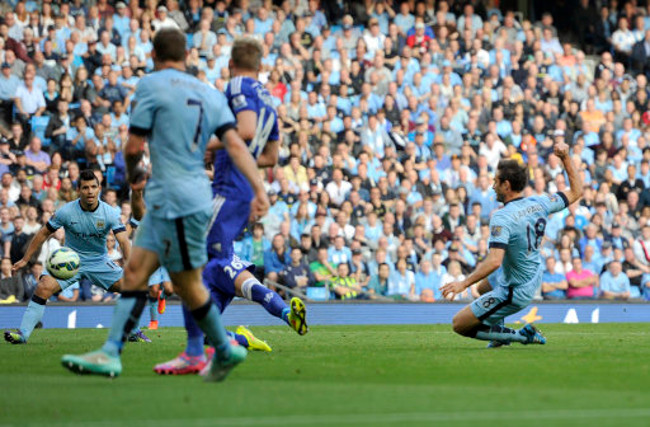 It had to be him, didn’t it? Yes, Chelsea legend Frank Lampard was the man to rob the Blues of all three points at the Etihad on Sunday with the midfielder’s late goal securing a point for the Citizens.

The hosts looked sharp throughout but the dismissal of Pablo Zabaleta for two yellows on 65 minutes handed the initiative to the visitors and within six minutes they were ahead. Andre Schurrle was the goal-hero for Jose Mourinho’s men, finishing off a fine counter-attack.

However, even shorn of a man, City remained a threat and equaliser eventually came when Lampard fired home after a trademark late run into the box. Cue the mother of all non-celebrations but no doubt inside the veteran was rather pleased!

Chelsea stay top courtesy of their 13-point haul while City find themselves back in sixth with eight points.