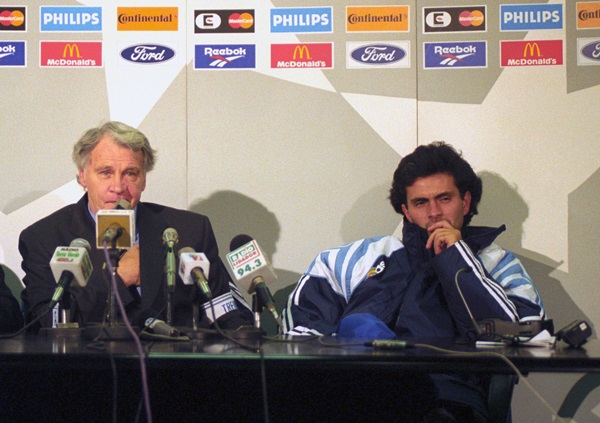 Shortly before jacking it all in to embark on his much, much more successful coaching career, Jose Mourinho harboured dreams of following in his father Felix’s footsteps by becoming a professional footballer himself.

While Felix enjoyed a long and relatively successful career keeping goal for Vitoria Setubal and Belenenses (winning one Portugal cap for his troubles after coming on as a late substitute in a 2-1 win over the Republic of Ireland in 1972), Jose struggled to make any headway at youth level and instead turned his hand to management.

However, we have stumbled across a bit of fairly rare footage of Mourinho the younger during his early playing days, with the Chelsea manager appearing briefly towards the end of this news report which ran on RTP in Portugal back in 1981.

What we see is Mourinho, aged about 18 or 19, being presented along with a few of his new teammates as the latest additions to Rio Ave’s squad – the very team Felix Mourinho was managing at the time, with Mourinho Snr providing the voice-over work to boot…

That cocky-arsed smile! It could only be Jose!