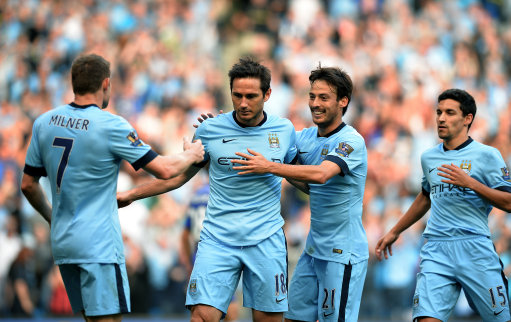 Under what in any other circumstances would be a truly magnificent headline – “Death by Lampard” – Ugandan website Kawowo are reporting that a local footballer passed away after witnessing Frank Lampard score the equaliser against Chelsea on Sunday while wearing a Manchester City shirt.

Having already patiently sat through Manchester United’s game against Leicester City earlier in the day, devoted Chelsea fan Fahad Musana – who was just 24-years-old and played for local side Simba FC – reportedly fainted at the very moment Lampard scored against his former club while watching the game live on television in his hometown of Bombo, Central Uganda.

Musana was taken outside for some fresh air but sadly died before arriving at the local Bomba military hospital.

“He even trained with us at the Bombo military barracks stadium on the morning of the fateful incident and completed the session well.” said his coach at Simba FC, Fred Kajoba.

“We trained with him on Sunday morning, had lunch together.”

“When the Premier League matches commenced, he went to watch them in a video hall near his house while I went to a different video hall.

“Musana has been a great defender, committed to the game and was a great friend to many.

“He has been a passionate fan of Chelsea and would do anything for the club, apart form gambling.”

Kawowo are reporting that Musana took a “little knock to the head” during a Simba FC match the previous day, but that he had no prior record of any health issues.

“Being a staunch Chelsea die-hard, it is believed shock might have led to his heart failure and breathing complications,” the Kawowo article concludes.

Death by Lampard. What a way to go.