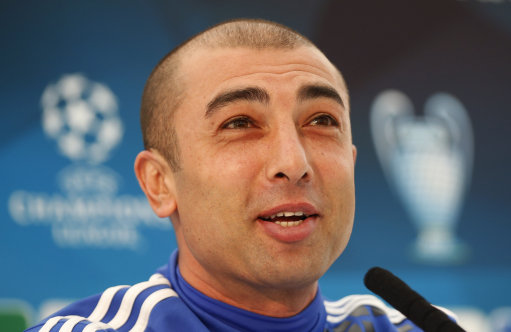 We’re guessing that Schalke’s HR department looks like a tornado has torn through it given the amount of paperwork they must have chomped their way through over the last few hours.

In short, the German club have sacked coach Jens Keller and sworn in Roberto Di Matteo as his replacement in the space of a morning – this being Di Matteo’s first managerial job since being let go by Chelsea in November 2012.

Keller had been in charge of Schalke since December 2012, but an inconsistent start to the 2014/15 season has seen him released back into the wild.

Anyway, the Bundesliga side confirmed the switcheroo earlier today by emitting the following Tweet…

Best of luck to him. We’ve always had a lot of time for Di Matteo’s calm, low-fi approach to coaching here on Pies.