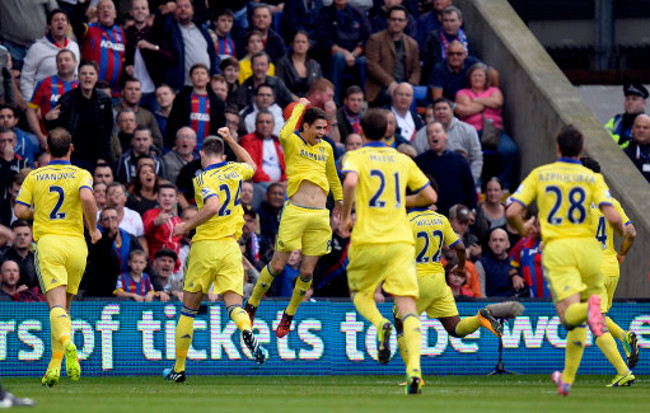 Chelsea, despite having to do without striker Diego Costa, continued their super start to the season with a deserved victory at Selhurt Park on Saturday.

Oscar opened the scoring after just six minutes, deflty curling a free-kick over Julian Speroni and into the back of the Palace net.  And that set the tone for the rest of the half, with the Blues dominating for large periods.

Just before the break, however, the Eagles were given a boost when Cesar Azpilicueta saw red for a studs-up challenge on Mile Jedinak. However, that one-man-advantage lasted all of three minutes with Damien Delaney picking up a second yellow after pulling back Loic Remy.

The second period saw the visitors go 2-0 up with Cesc Fabregas producing a cool finish after a fine team move. However, the hosts rallied and pushed for a goal only for Frazier Campbell’s last-gasp strike to come too late as Mourinho’s table-toppers notched yet another victory.