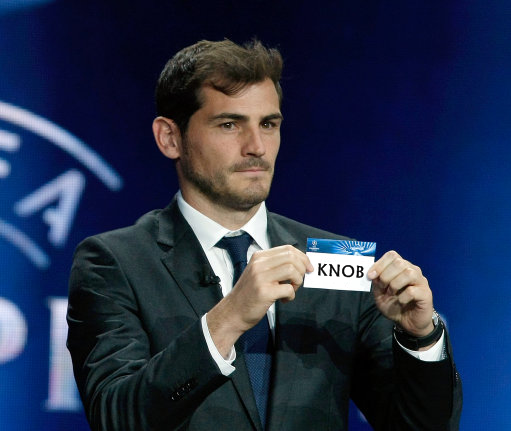 It’s all over and done out there in Nyon, with the draw for 2014/15 Champions League last 16 looking something/exactly like this…

Initial thoughts? Great draw for Arsenal, in fact the sigh of relief emanating from north London when Monaco’s ball was plucked from the fish bowl was almost tangible. It could’ve been much, much worse for the Gunners.

So, by our maths, it’s a good job they surrendered that three-goal lead against Anderlecht after all #ArseneKnowsBest

Elsewhere, Jose Mourinho has got his way after going on record as saying that his preferred last 16 opponents would be PSG – Chelsea, of course, putting out the French side on away goals in the quarters last season.

Indeed, after being pooled together, PSG sent their “old friends” a rather ominous message on Twitter…

As for Man City – oh well, it was fun while it lasted this year, eh guys?