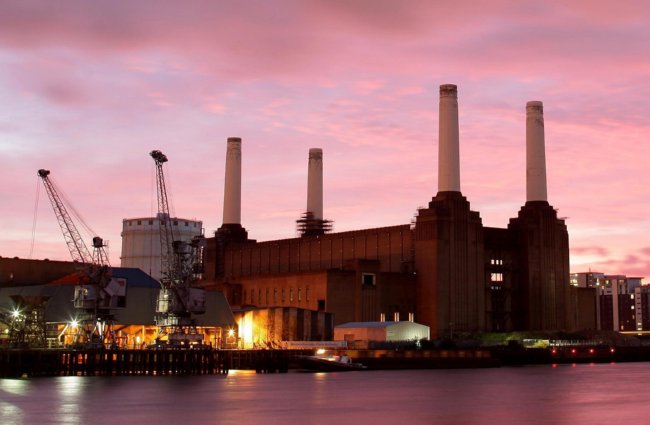 Having seen their original plans to convert Battersea Power station into a new 60,000-seater stadium with a chimney on each corner scotched back in the summer of 2012, Chelsea returned to the drawing board and set about dreaming up exciting new ways to spruce up Stamford Bridge instead.

Two and a half years on down the line, the Blues have offered forth a set of prospective plans for a total development of their erstwhile home ground, plans that would add another 18,000 seats to The Bridge’s relatively quaint existing capacity of just 42,000 at a cost of £500million.

As detailed in the Guardian’s Art & Design section, the sketches for the Neo-Stamford Bridge have been produced by Swiss architects Herzog & de Meuron, who have designed a new home for Chelsea “inspired by the Gothic architecture of Westminster Abbey” – and you can tell.

Few details have been revealed so far, but the project appears to be making a drastic leap away from recent years’ lightweight approach to stadium design, instead opting for a massive masonry language of heavy brick piers and soaring vaults, recalling London’s Victorian railway viaducts.

According to architect Jacques Herzog, his stadium resembles “a castle, or a medieval walled village” with a slender zig-zag cage of columns that rise to meet over top of the stands… 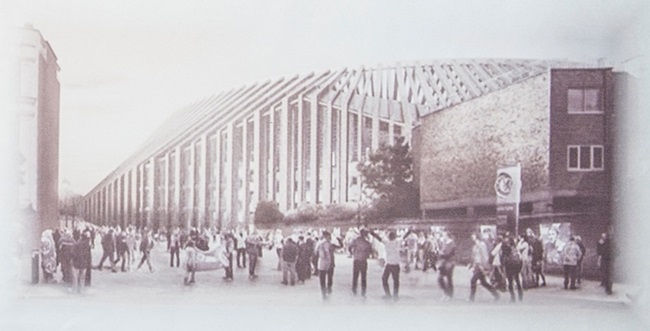 As per the Guardian, an elevated brick bridge will connect the stadium to nearby Fulham Road, “bringing supporters directly into the stands above a world of bars, cafes and shops in the arches beneath the structure”… 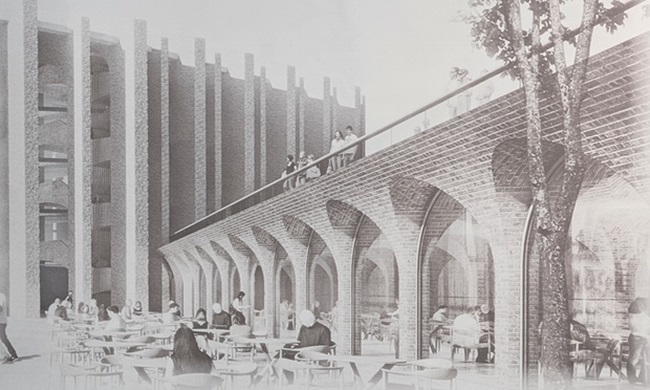 The area beneath and between the giant concrete facades and the back of the stands will create a “dramatic, nave-like space”… 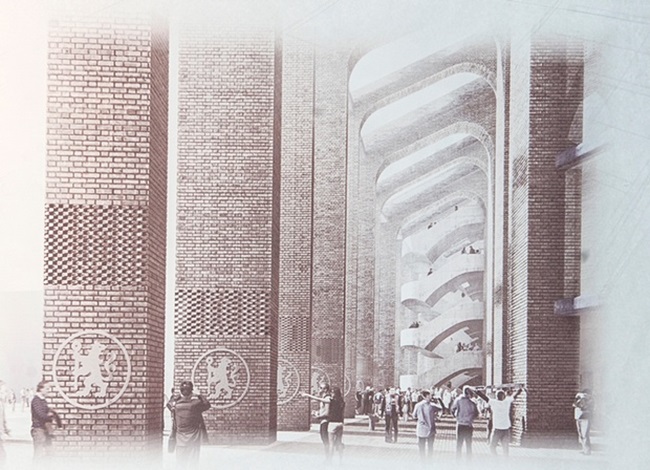 Beautiful. Like the sepia illustrations from an old science fiction novel.

As Herzog himself puts it, the stadium is “beyond beauty or ugliness”.

We’re inclined to agree. It has a strange, atmospheric and ethereal quality – like it exists in both the distant past and the distant future all at once.