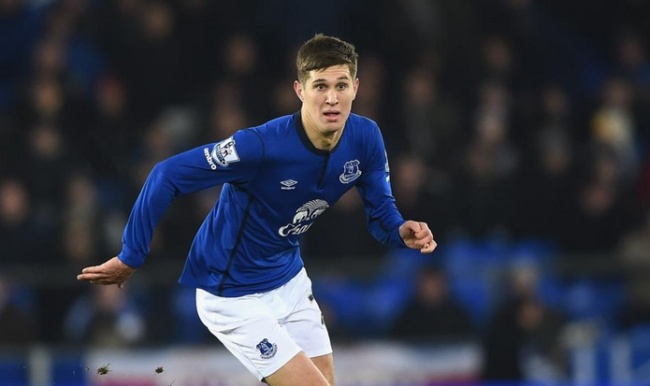 Coming in the wake of Chelsea manager Jose Mourinho’s public admittance that the west Londoners had lodged a bid for Everton defender John Stones, Toffees’ boss Roberto Martinez has expressed his frustration at the Blues’ public announcement over a potential deal.

Mourinho had initially stated that Chelsea had made a bid for the player, saying:

“We made a bid because we like the player.”

The Spaniard spoke after the final of the Barclays Asia Trophy, where his side lost 3-1 to Arsenal, explaining:

“There is the disappointment of a club making a statement to the press and making it openly.

“I don’t think we’d do it and speak about a player. John Stones is an Everton player, full stop. We are not a selling club. We are not a club that needs to be worried about what other clubs put through the press.”

Chelsea are thought to have offered £20million for the 21-year-old England defender, and despite Martinez’s anger at how the bid was publicised, Mourinho (unsurprisingly) is sticking to his guns, saying:

“When the transfer window is open, every club and player is open to bids. Bids come for our players and we make bids for other players. The process can be so simple.

“If today I receive a bid for (Cesc) Fabregas in two minutes I will say I don’t accept any bid, game over, that’s it.

“If we made a bid it is because we like the player, we don’t make bids for players we don’t like, but we respect Everton and respect every club that has a player and it is up to them – everything is in their hands.”

While centre-half Stones still has four years left on his current contract, it’ll still be hard for the player to turn down a potential move to the Premier League champions. And it’ll be equally difficult for Everton to hold onto their man whilst keeping him happy.