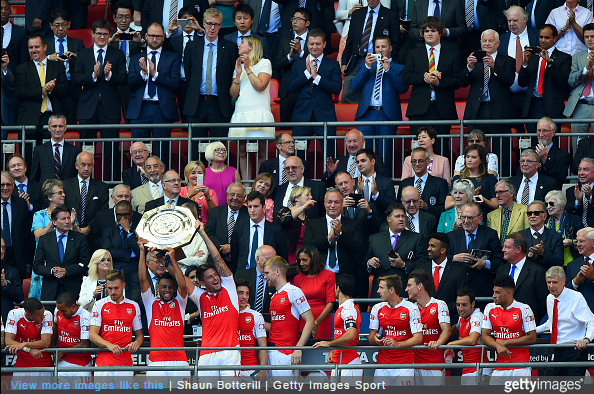 The Community Shield came and went this afternoon with Arsenal beating Chelsea 1-0 in the 2015/16 Premier League curtain jerker.

With the ubiquitous Mourinho/Wenger friction hanging heavy in the Wembley air once again, it was the Blues manager that provided the pantomime antagonism by pointedly snubbing a hand-shake with his Arsenal counterpart after the trophy had been lifted.

Mourinho stood at the foot of the stairs and made a point of shaking the hand of every single member of the victorious Arsenal team as they passed.

The Chelsea boss then moseyed off down the tunnel but not before chucking his runner-up medal into the crowd.