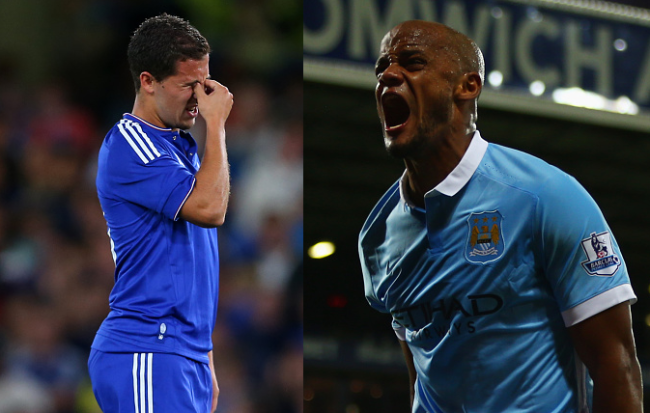 With Chelsea next up at the Etihad this Sunday afternoon, Manchester City defender Vincent Kompany has freely admitted that he’s not particularly relishing the prospect of chasing his Belgian compatriot Eden Hazard around for 90-plus minutes.

However, the City skipper has dreamt up a plan to nullify Hazard and his nippy threat – a plan that involves dangerous runs of an entirely different ilk.

Talking to Het Nieuwsblad, Kompany crossed his fingers and wished a timely case of the squits on his opponent:

You’d almost hope that Eden Hazard would have diarrhoea.

Not that he was being serious, of course.

Now let’s be serious, you can’t underestimate the impact he has on Chelsea.

You can have as many tactical plans as you want, if Eden starts running, it’s chaos.

He’s at a level where he decides how good his team are.

Kompany could always try the old “tainted lasagne” trick, as popularised by the Tottenham team of 2006.

It wasn’t pretty (just ask the cleaning staff at the Marriott West India Quay hotel), but we’ll be damned if it wasn’t effective!