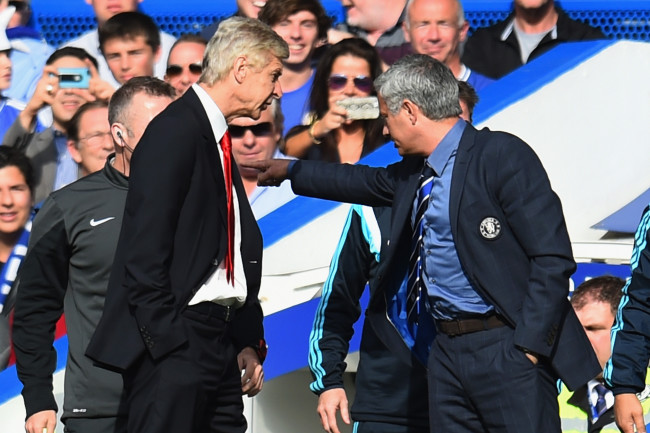 We were just sat there thinking that all the row over Chelsea club doctor Eva Carneiro needed was the views of Arsenal manager Arsene Wenger and then bingo!

Jose Mourinho has behaved badly, comparing Dr Carneiro to a secretary and banishing her from the bench for the match away to Manchester City on Sunday.

Her sole offence was to have raced onto the pitch to treat a stricken Eden Hazard (Jose said he was “tired”) against his wishes during Chelsea’s 2-2 draw with Swansea City at Stamford Bridge last Saturday.

So. Here’s Wenger fielding a question on the fracas from the Press pack:

I’m not greatly interested about what is going on at Chelsea. It is a problem inside the club that if you are not united it is more difficult. It is the trust and unity that makes the strength.

Normally a manager is a man who likes to blame others, but Arsene Wenger never does that, even when there might be a reason for it.

The way he behaved and the way he defended the club when we were really under pressure is something I admire. We all owe him.

Unity they name is Arsenal.