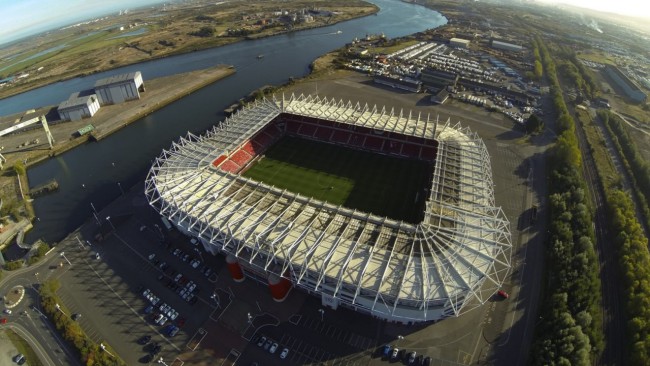 On this very day some 20 years ago, Middlesbrough’s new Riverside Stadium hosted its first match, with the home side beating Chelsea 2-0 thanks to goals from Boro legends Craig Hignett and Jan Aage Fjortoft.

The stadium was the first to be designed and built to comply with Taylor Report (the national inquiry into stadium safety instigated by the Hillsborough disaster) and was commissioned after it became clear the capacity of Boro’s famous old Ayresome Park ground couldn’t be expanded beyond 20,000 under the new all-seating rules, due to being hemmed in by terraced housing.

The club, then (and still) financed by local-boy-made-good Steve Gibson, began to look for a new site and were eventually offered a location called Middlehaven, east of the city centre, by the Teesside Development Corporation.

Taylor Woodrow and Ove Arup were the contractors and engineers who put the biggest new stadium to be built in Britain since 1945 together in just 32 weeks.

Boro then did the decent thing and christened it with a smart win over Glen Hoddle’s lot in front of 28,286 fans…

Boro supporters were asked to vote on the name of the stadium, and given the choice of either the Middlehaven Stadium, the Erimus Stadium, Teesside Stadium or the Riverside.

The latter won, and, after sponsorship was secured, the new ground was officially christened the BT Cellnet Riverside Stadium.