Chelsea’s dismal start to the new season continued with a 3-1 defeat at Goodison, courtesy of a fine hat-trick from substitute Steven Naismith. 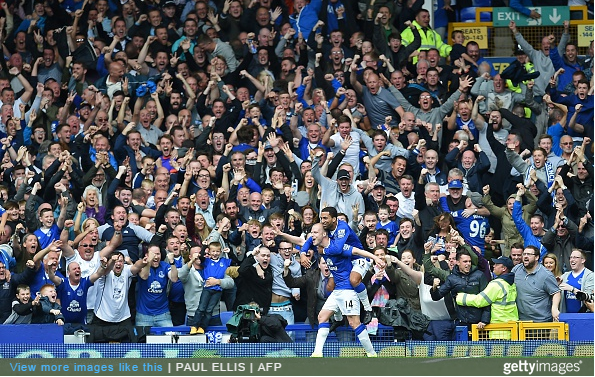 The visitors started with a belt and braces midfield duo of Nemanja Matic and Jon Obi-Mikel, but the Toffees looked dangerous from the start, with Asmir Begovic forced into a number of good saves.

Five minutes later it was 2-0, with striker Naismith firing home after Branislav Ivanovic gave him too much room.

On 36 minutes, it the Toffees turn to allow an opponent too much room to shoot, with Matic firing home a superb long-range effort after Ross Barkley failed to close down the Serb.

Chelsea-target John Stones and Phil Jagielka provided a solid defensive wall in front on Tim Howard as the Blues looked to get back on level terms.

Jose Mourinho sent on Radamel Falcao for Pedro on 70 minutes as the Chelsea boss looked for an equaliser.

However, in the end the fourth and final goal of the game came courtesy of Naismith again, with the Scot firing home an angled effort late.

The result sees champions Chelsea with just four points from their opening five Premier League games, with the pressure mounting on Mourinho. As for Everton, they moved, at least temporarily, into the top five.