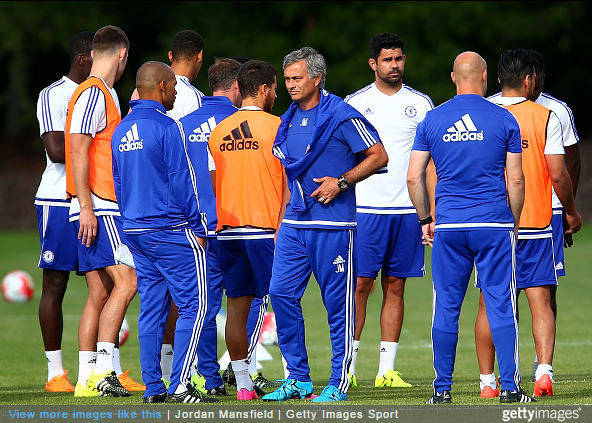 Cobham is now a banter-free zone

Jose Mourinho’s Chelsea have taken the nuclear option and hereby banned all training ground banter in a desperate bid to arrest their dismal start to the season.

Having taken just four points from their first five games, Chelsea are currently wallowing down in 17th place in the Premier League pile, just two points off the bottom of the table – the club’s worst start to a top-flight season in some 29 years.

As such, the Telegraph are reporting that all merriment and tomfoolery has been ordered to cease at Cobham until the slump is arrested.

While Mourinho has so far decided against ranting and raving at his underperforming players, there has been no attempt to lighten the dark mood at Chelsea’s Cobham training ground.

Elsewhere, the paper also have it on good authority – from “senior sources”, no less – that no crisis meetings have been held at Chelsea as of yet, and that claims of a recent training ground bust-up between John Terry and Diego Costa (as reported by Stan Collymore on TalkSPORT) are, and we quote, “utter nonsense”.