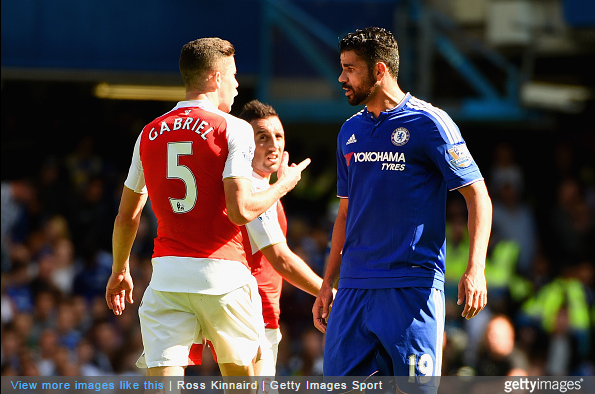 Not content with stinging a Diego Costa-soundalike coffee chain where it hurts, thousands upon thousands of irate Arsenal fans have flocked to sign an online petition to prevent Mike Dean from refereeing their games in the future.

Dean has become the focus of Gooner ire after failing to discipline Diego Costa while the Chelsea striker busied himself single-handedly winding up the Arsenal defence for large swathes of the Blues’ controversial 2-0 win on Saturday afternoon.

Both Gabriel Paulista and Santi Cazorla were dismissed for the visitors, while Dean only saw fit to administer Costa with a booking despite the Chelsea man involving himself in a series of ugly scraps with several of the Arsenal team.

Two days later and the “Prevent Mike Dean from refereeing another Arsenal game” Change.org petition has now been signed by more than 61,000 livid Arsenal fans – just shy of the 75,000-signature target.

“Major incidents have occurred in recent and past games that show he [Dean] is inept at refereeing at this level now”, the petition page declares.

“The recent events at Chelsea versus Arsenal highlight this where two Arsenal players were dismissed while Diego Costa the opposition player made 4 straight red card incidents and was shown one yellow card only”.