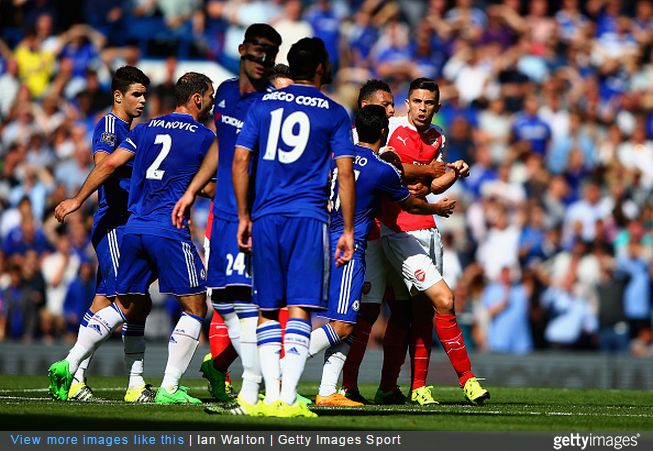 The FA have slapped their danglies down on the desk this afternoon by chucking disciplinary charges at absolutely everybody involved in Saturday’s ding-dong between Chelsea and Arsenal.

Link to the FA statement is here…

All parties have until Thursday, 24th September to respond.

The resultant paperwork should be fun.