Chelsea produced an impressive and solid display in the Ukraine on Tuesday to secure a well-deserved point against Dynamo Kiev. 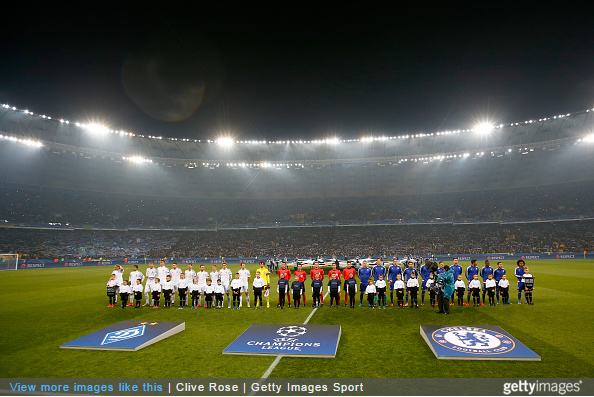 Jose Mourinho started with Kurt Zouma at right-back, a tactical decision made to counter the attacking threat of winger Andriy Yarmolenko.

Eden Hazard, who was impressive throughout,  hit the frame of the goal in the first-half, with his effort pushed onto the post by Oleksandr Shovkovskiy.

The Blues then had a great shout for a penalty when Cesc Fabregas was felled in the Kiev box, only for ref Damir Skomina to dismiss the claims.

Chelsea continued to push forward and almost got themselves in front, only for Nemanja Matic’s fine run to end in a shot just wide.

Willian almost made it five direct free-kicks goals for the season, only to see his effort come back off the woodwork after the break.

The hosts did fashion a few chances of their own, with Asmir Begovic denying Derlis Gonzalez courtesy of a fine save.

However, ultimately both sides would have to be content with a point, a result which leaves Chelsea third in Group G but still well-placed to reach the last 16.