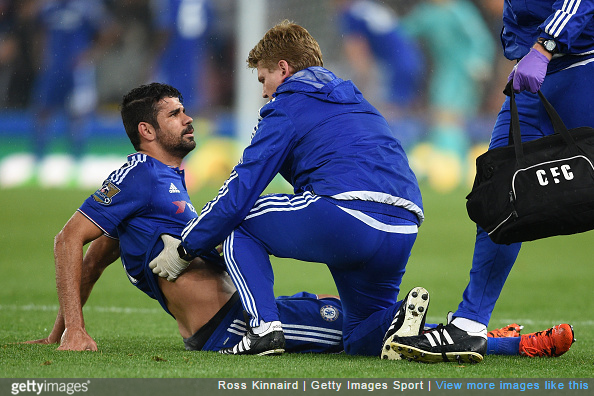 “Tell it to me straight Doc, am I gonna make it?”

As you’re no doubt aware, Chelsea slumped to another defeat after being dumped out of the League Cup by Stoke on penalties last night, despite Jose Mourinho maintaining that his side’s performance was good enough to silence their “stupid” critics.

Regardless, woe was heaped upon woe during the opening stages of the tie when Diego Costa was forced off with an injury after half and hour or so.

The scrappy Spanish-ish striker was floored by a rib injury after colliding with Charlie Adam and was subsequently taken to hospital as a precaution.

Costa is now a doubt for this weekend’s game against Liverpool, though Mourinho reverted to full-on sarcy mode when pressed…

Question: How was Diego Costa injured? José Mourinho: “I think he punched himself…” #bbcfootball pic.twitter.com/EbAS82mIIV

Sounds perfectly plausible to us. After all, the bloke could start a fight in an empty monastery.