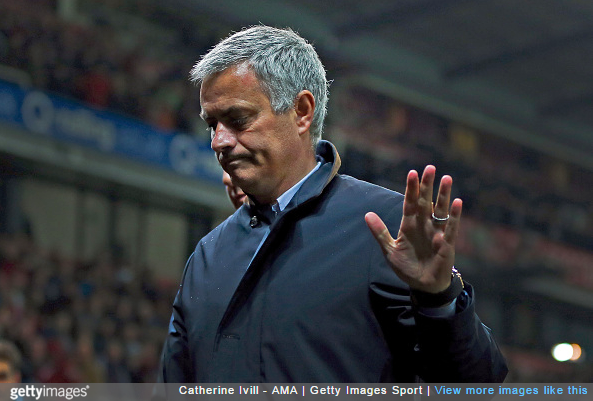 With results in the proverbial toilet and good form just a distant memory, it would appear that Jose Mourinho can now add ‘dissension amongst the ranks’ to his growing list of Chelsea worries.

As you well know, Mourinho’s listless side were soundly beaten by a mid-table outfit at Stamford Bridge yesterday and now, according to a report on BBC 5Live radio, it’s being rumoured that a first-team player confided in a journalist shortly thereafter that he would “rather lose” than win a game for his agitated manager.

This is all coming via freelance journo Dan Levene, who covers Chelsea affairs on a regular basis…

Which is shocking – if true, of course – and not to mention absolutely pathetic.

For the record, the quote seems to have been mentioned in passing on the radio and so far hasn’t really been picked up by any other major news outlets barring the Daily Mail and a smattering of other websites. Take that as you wish.

That said, this is how it usually starts…