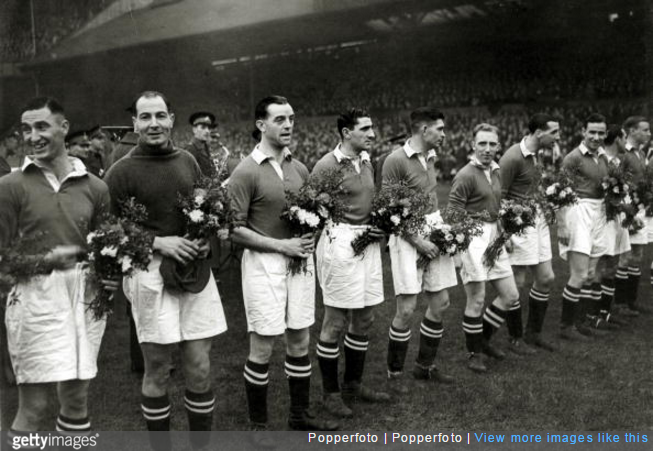 In 1945, Britain, as well as the rest of the world, was recovering from six years of war.

You’d think that the last thing the country’s weary population would have on its mind would be football. You’d think wrong.

Starved of proper football for six years, and with admiration and gratitude for the Soviet war effort still strong, the news that the famous Dynamo Moscow – or Moscow Dynamo, as they were known then – would be playing a series of friendlies in Britain in 1945 sparked huge excitement.

Of course, the British press were sniffy, saying the Soviet side “was not nearly good enough to play against our class of professional team’.

However, the British public gave that particular sentiment short shrift.

Before the first game of the tour, fans started queuing at Stamford Bridge at 8am for a 2.30pm kick-off.

The trickle soon turned to a flood. Local residents hired out their gardens for bicycle storage at thruppence a bike, and charged two shillings and sixpence to help drivers find a parking space.

The District Line and local bus services were overwhelmed. The gates opened at 1pm but still the crowds came. At 2.10pm the gates were closed, leaving some 20,000 fans – many with tickets – outside. So they sought other means of entry.

Some fans scaled buildings on the Fulham Road that had windows and roofs high enough to offer a view of the ground. Residents answering a knock on their front door were pushed aside by fans who took to the upper floors or stormed through gardens to get a view of the pitch.

Fences were torn down to be used as battering rams against locked gates. Fans scaled walls and fences, crossed electric rail tracks, scrambled up embankments and took to underground tunnels.

There were 75,000 inside the ground when the gates were closed, and it’s estimated that another 15,000 forced their way in.

Some fans fell through the glass roof of the main stand. The crush pushed the crowd over the perimeter of the greyhound track and up to the very edge of the pitch. The press described the scenes as “The Battle of Fulham Road”.

The game turned out to be a belter, finishing in a 3-3 draw. At the whistle, the crowd poured onto the pitch and carried the Soviet players aloft.

Russian commentator Vadim Sinyavsky shouted down his microphone: “Listen comrades in Moscow, Leningrad, Tbilisi, Berlin, we have passed our first exam with honour.”