Jose Mourinho saw his side pick up a welcome victory against Dynamo Kiev at Stamford Bridge on Wednesday evening, although it took a late Willian winner to give the home fans something to cheer about. 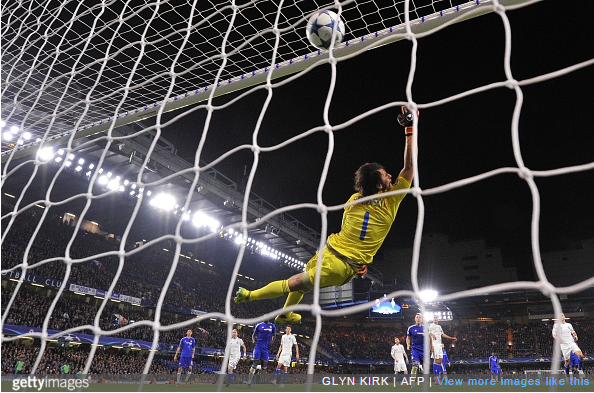 The Chelsea boss was given a warm reception by the Blues’ faithful before the game after a nightmare first few months of the season. While Eden Hazard started on the bench.

The hosts started well, with Oscar firing straight at ‘keeper Oleksandr Shovkovskiy. Diego Costa then went close as the west Londoners looked for an early goal.

However, it took until the 34th minutes for Chelsea to take the lead, when defender Aleksandar Dragovic  made a right mess of a Willian cross and headed into his own net.

Just before half-time, Costa was up to his old tricks again, going down far too easily in the Kiev box in search of a penalty (which never came).

Reckon José’s laughing at this pathetic dive from Costa, or at how it’s obviously the clearest pen in any game ever? pic.twitter.com/OWSFpqn9Cy

In the second period, the visitors improved, with only a superb Kurt Zouma tackle foiling a great chance for Artem Kravets.

Both sides then went close, before a nervy Chelsea finally conceded. Dragovic was the scorer for Kiev, making up for his earlier own-goal after a mix-up between Asmir Begovic and Nemanja Matic.

The game looked to be heading for a draw when once again Willian saved the day, firing home another one of his trademark free-kicks to give the hosts a much-needed last-gasp victory.

The win sees Chelsea second in Group G, three points behind leaders Porto and well-placed to qualify for the last 16. Could this be the one that kickstarts the west Londoners’ miserable campaign?