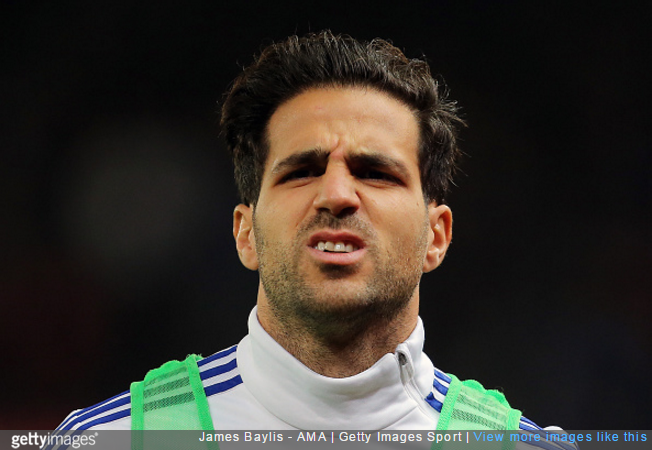 Cesc Fabregas needed just one word – one solitary syllable, in fact – to forensically deconstruct Chelsea’s naff start to the 2015/16 season.

To that end, Fabregas was to the point when describing the state of play to MARCA:

The season is f**ked.

Yep, and royally so. That pretty much sums it up.

Things aren’t working out and the results aren’t doing our performances justice. We’re playing better but aren’t having any luck.

When things are going your way, you flick the ball with your heel and it flies into the top corner, whereas now every piledriver is going off target.

Either way, we need to get back to winning ways sooner rather than later.

As well as things going to pot on the pitch, Fabregas has also been forced to publicly deny that he was leading an anti-Jose Mourinho revolt within the Chelsea camp.

However, the 28-year-old Spanish midfielder insists that, while things aren’t quite going to plan, his relationship with his coach is perfectly healthy.

Things with Mou are good. Obviously when you’re not winning things always get said, whereas when you’re winning everything’s rosy.

When you’re not winning everything is that much harder, but all of us – the players, fans and the coach – have to pull together and hang tough.

We’re the only ones who can turn things round. Nobody is going to give us a helping hand.

We’re still in a position to challenge the big boys in the Champions League, but in the Premier League we need to get our act together right away.

Got that? Hunky dory.