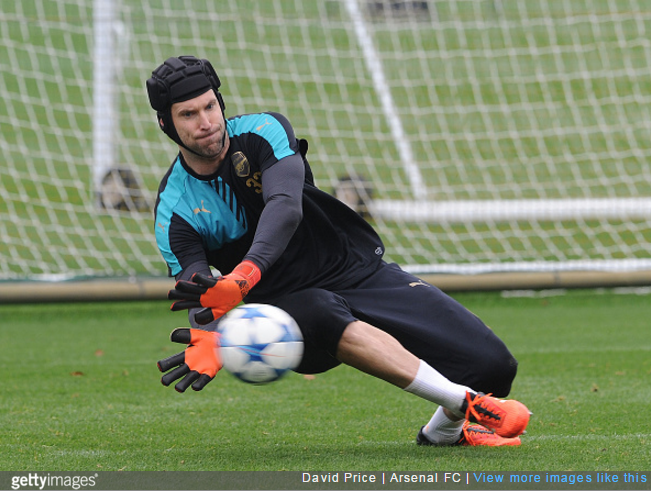 Petr Cech has admitted that, after nine years, he is now ready to start playing without wearing his protective helmet.

Sadly, however, the Arsenal goalkeeper has been blocked from doing so on the advice of his doctors and his insurers.

Cech was forced to start wearing his helmet after a heavy collision with Reading forward Stephen Hunt while playing for Chelsea in October of 2006 left him with a depressed skull fracture – an incredibly serious injury that doctors later revealed very nearly cost him his life.

However, after finally getting over the inherent psychological issues of playing without it, Cech revealed to the Daily Mirror that he sought advice about removing his helmet on the grounds that it has started to effect his hearing and awareness during matches.

I would be more confident if I had it off. If you like it or not, the helmet affects your surroundings.

You have your ears covered and it makes hearing worse. But the doctor has forbidden me to take off the helmet.

If I did, I would not pay insurance.

While we can easily imagine that playing with a padded egg box strapped over your ears may constitute a minor inconvenience, we’d much rather Cech be safe and sound for the remainder of his career.

We’re with the doctors on this one.