Chelsea returned to winning ways on Saturday at Stamford Bridge, with the Blues securing a much-needed victory against Norwich, albeit by just a one-goal margin. 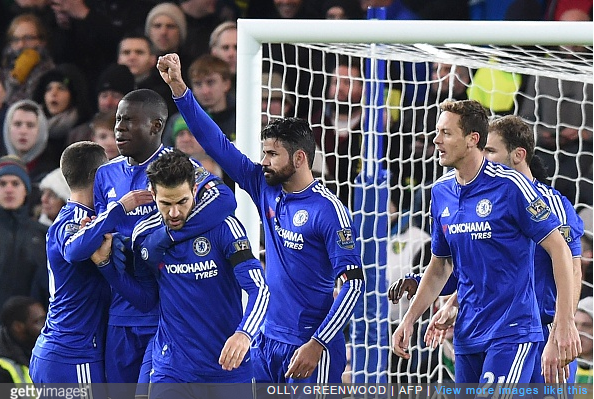 Jose Mourinho started with Eden Hazard playing in the hole behind Diego Costa, and the Belgian attacker looked far more like the world-beater of last season throughout the game, with his movement and vision impressive all afternoon. However, the visitors stood firm and proved to be a tough nut to crack for the Blues.

The one and only goal of the game did eventually come just after the hour-mark, when Cesc Fabregas found Costa in the box from a quickly-taken free-kick. The Brazilian, who had already missed a couple of good chances, calmly slotted home to give the hosts the lead.

The Canaries did create a few chances of their own, with Sebastien Bassong thwarted by a superb John Terry block. However, at the other end of the pitch, Kurt Zouma almost doubled his side’s advantage, only for his flicked effort to come back off the frame of the goal.

Ultimately, Chelsea deserved the win which Mourinho and co. will no doubt be hoping can finally kickstart their dismal season. As for Alex Neil and Norwich, they can be pleased with a hard-working, solid display, despite the defeat.