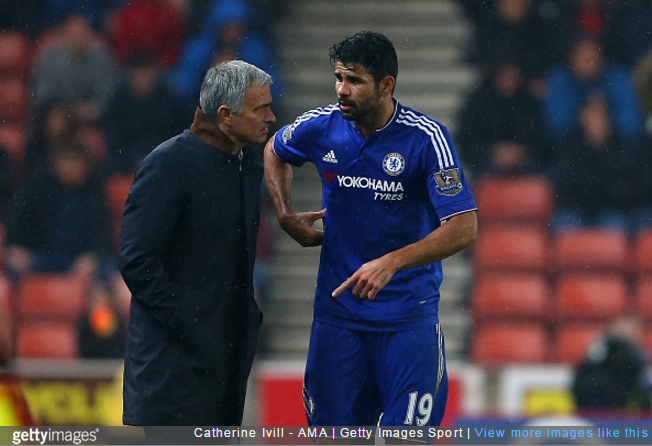 “Get out there and f**king run about a bit!”

Jose Mourinho admitted that he and Diego Costa shared a few “kisses and cuddles” after the pair were seen arguing during Chelsea’s 4-0 spanking of Maccabi Tel Aviv in the Champions League last night.

Mourinho was visibly unhappy with Costa’s movement (or lack thereof) throughout the first half as the striker plodded around aimlessly up front.

Costa went on to complete the full 90 minutes and, while failing to get on the scoresheet once again, certainly improved in a general sense after the interval.

“I was disappointed. I reacted and he reacted too,” Mourinho told reporters after the game.

“At half-time in the dressing room there were a few kisses and a few cuddles.”

Now there’s a mental image we won’t be able to erase for quite some time. Thanks Jose.