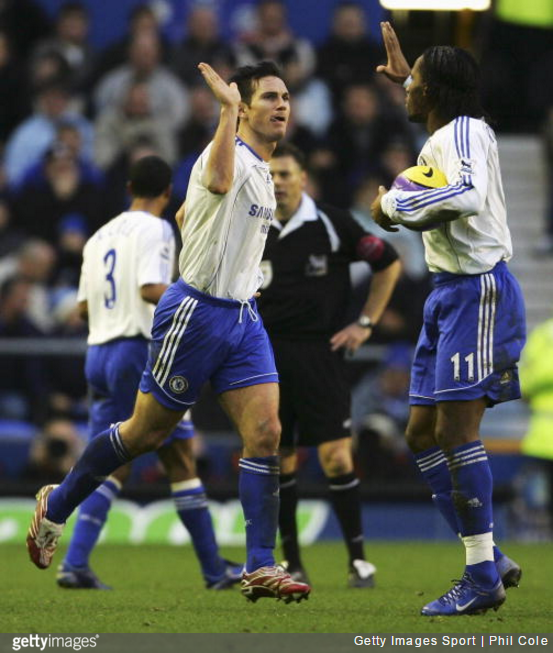 When Frank Lampard hit the equaliser for Chelsea against Everton in the 80th minute at Goodison Park on the 16th December 2006, he bettered a record previously held by Dennis Wise.

It was his 77th goal for the club, which therefore took him past former club captain Wise to become the most potent midfield goalscorer in Chelsea history.

Lampard had joined Chelsea in 2001, just a week before Wise moved on to Leicester. In his first season, Lampard scored just seven goals in all competitions, but he soon got into his stride, notching up double figures from his midfield berth with clockwork regularity.

His career-best goalscoring season came in Chelsea’s 2009/10 double-winning campaign, when he banged in 27 goals. In his 13-year career at Stamford Bridge, Lampard scored 147 Premier League goals and 211 goals overall – both tallies are club records.

Super Frank’s aforementioned goal against Everton proved to be significant, as it brought Chelsea level so that Didier Drogba could pop up and snatch the winner in the 86th minute…