Chelsea put their Premier League troubles to one side on Wednesday night, with the Blues comfortably beating Joe Mourinho’s old side Porto to top Group G ahead of the knockout stages. 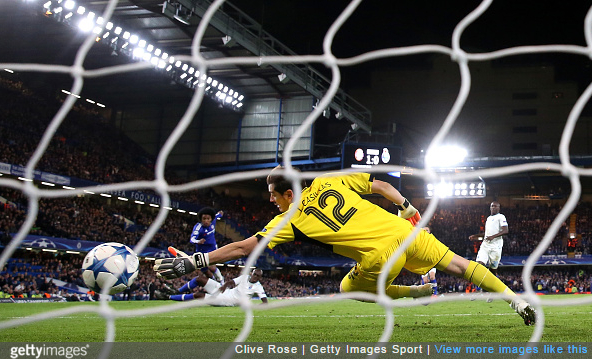 The Blues, with Diego Costa starting in attack, enjoyed a perfect start when Ivan Marcano put through his own net after Iker Casillas had saved a shot from the Chelsea striker. Captain John Terry also return to the starting 11 for the Premier League side, but he and his fellow defenders were rarely threatened by a rather toothless Porto.

After the break, the hosts continued to dominate, and doubled their lead when Willian scored on 52 minutes (not from a free-kick for once) after good interplay from Costa and Eden Hazard. The Spanish international himself had a number of chances to score but failed the make the most of them while Hazard hit the woodwork. However, overall, Chelsea were well worth their win against a disappointing Porto side.

The Blues finish the group stages on top of Group G, with their European adventures proving a welcome antidote to their domestic woes.