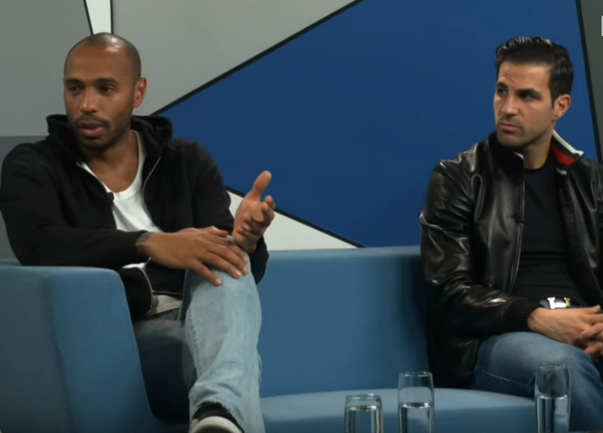 In what was an interesting and entertaining chat, poor old Cesc had to endure the obvious questions about his side’s dismal form, which sees the reigning champions languishing in 16th place in the Premier League table. Evern worse, the Spaniard then had to sit quietly as Henry laid into the Chelsea players over their turgid run of form. The French legend said:

I always try to defend players to an extent, but I am sorry, with the quality that you have in that team, however you play, whether you play 4-4-2, 4-3-3, 4-5-1, at one point can you not beat Bournemouth, Crystal Palace, and it’s no disrespect to any of those teams, at your place, at the very least?

And he goes on! Poor old Fabregas. Although, to be fair to Fabregas, he did also speak honestly himself on the subject. Still, awkward stuff. Henry’s best bits starts at 14:32…