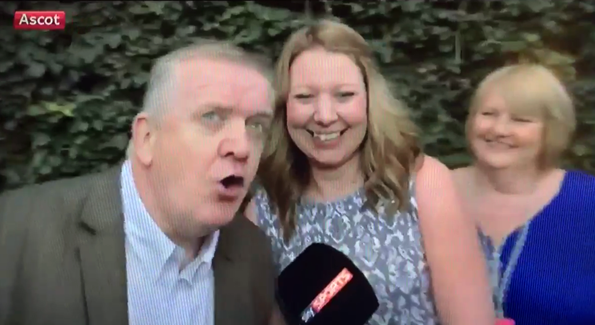 Being interviewed at Ascot, this Chelsea fan seized his nano-second in the spotlight to serenade Jose Mourinho with a loving and seemingly pre-planned ode to the dearly departed Blues manager.

To call it cringeworthy is something of an understatement, especially at the point he ropes in his female accomplice (daughter?) to provide high harmonies for the chorus…

A Chelsea fan has written a song about Jose Mourinho following his departure from the club. It’s…err…no comment. pic.twitter.com/BAt2qwXYSi

Told you it was bad.