A late fluffed spot-kick from Oscar robbed Guus Hiddink of a win against Watford in his first game back in charge at Stamford Bridge. 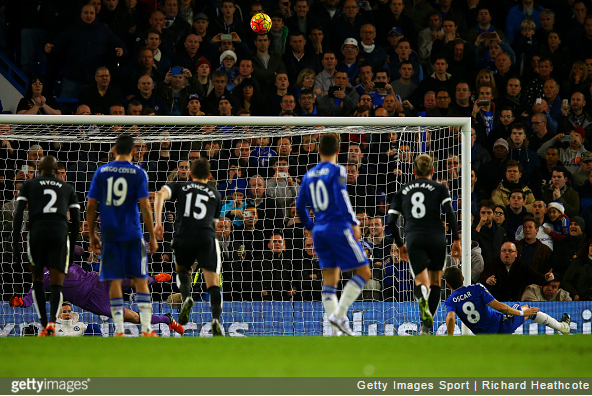 Diego Costa gave the hosts the lead just after the half-hour mark, with the Spaniard netting from close-range from a John Terry knock-down. However, Quique Flores’ high-flying Hornets levelled the scores just before the break, with Troy Deeney converting from the penalty spot after Nemanja Matic handled in the box.

Along with Deeney, Odion Ighalo has been superb for Watford this season and on 65 minutes, his deflected effort put the visitors ahead. But Costa found the back of the net again, producing a clinical finish from a fine Willian pass. And then late on, Valon Behrami fouled Eden Hazard in the area to hand the Blues a great chance to get back to winning ways, only for Oscar to slip while taking the resulting spot-kick, with the ball flying high over the bar.

With the likes of Costa producing an improved display, Hiddink will be encouraged despite the late penalty miss. As for Watford, they go seventh after another decent display.