Chelsea produced an impressive display at Stamford Bridge on Sunday, with the Blues side-stepping a banana skin in the shape of League One side Scunthorpe to take their place in the draw for the fourth round of the FA Cup. 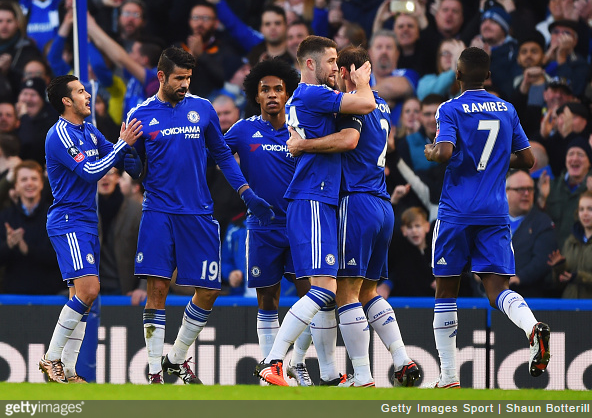 With the FA Cup the Blues best chance of a trophy this season, manager Guus Hiddink put out a strong side and it took just 13 minutes for Diego Costa to fire home an opener from close-range. Chelsea pushed for a second and went close courtesy of effort from Cesc Fabregas and Pedro. However, the visitors grew stronger as the game went on and threatened the hosts’ goal late on in the first-half.

After the break, the Iron thought they’d won a penalty when Kevin van Veen went down under the faintest of contact from Ramires, only for referee Craig Pawson to (correctly) dismiss the claims. Then on 68 minutes, Willian set up youngster Ruben Loftus-Cheek, who steered home his first ever Chelsea goal. Mark Robins’ side kept pushing for a goal, with Jordan Clarke’s superb shot pushed onto the post by Asmir Begovic. However, in the end, the Premier League champions deservedly progressed.