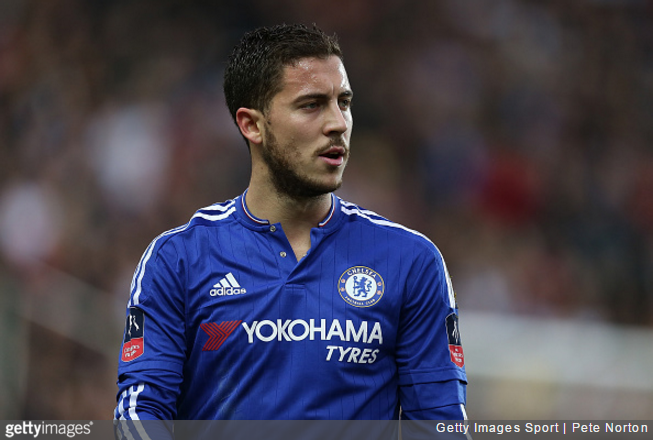 Eden Hazard has revealed that he felt compelled to say sorry to Jose Mourinho after the latter was sacked by Chelsea back in December.

Despite being named Player of the Season last time out, the pouty Belgian winger went months without turning in a performance before crying off with a succession of ‘injuries’ as Mourinho’s second reign at Stamford Bridge came to a premature end shortly before Christmas.

After hearing that his coach had been deposed, Hazard contacted Mourinho via text message to apologise for his part in the lousiest Premier League title defence on record.

I sent him the message to say I was sorry he had gone and… well… just that I was sorry.

We’d enjoyed all that success together last season, but this time round we hadn’t. I felt a little bit guilty because I’d been Player of the Year. I’d been one of the most decisive players, and this year I’d performed less well.

I hadn’t been at the same level. So I sent that text to José and he came back to me, wishing me all the best for the future.

Too bloody right. It would appear that a contrite text is pretty much the length and breadth of player accountability these days.

Without wishing to get all het-up all over again, click this way to observe Pies’ thoughts on the matter at the time.