Chelsea fans unveiled a banner at the FA Cup final in support of Jose Mourinho’s pet dog Gullit. Pies brought you news of the Special One’s arrest and caution last week. The Blues boss was nicked for releasing his dog onto the street to stop it being taken away by police officers who suspected it had been taken out of the country without the necessary jabs. 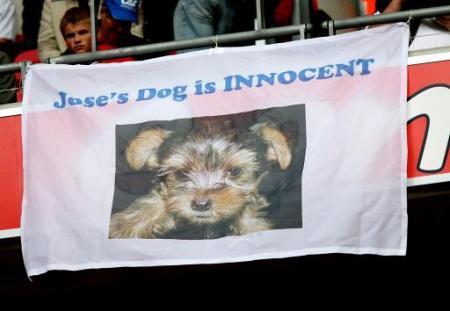