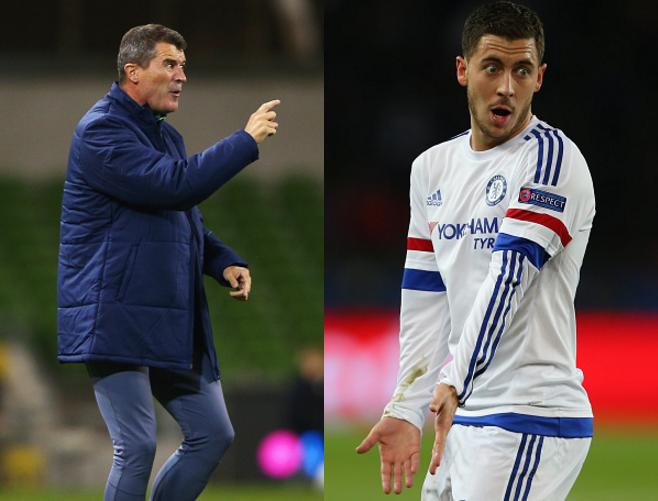 Roy Keane has revealed the precise manner in which he’d deal with Eden Hazard were he playing alongside him at Chelsea, and it shouldn’t come as much of a surprise to anybody familiar with the former Manchester United midfielder’s ways and means.

Keane went in hard on Hazard while discussing his questionable commitment to the cause – this after the Belgian winger had openly stated he’d be keen on a move to PSG the very day before his current club took on the French giants in the Champions League on Tuesday night.

I can’t understand these players, he signed an extension of five years only last year, when we saw how brilliant he was… and then he’s coming out with all that nonsense on the eve of a big game.

If I was a team-mate of his I would kick him up and down the training pitch. Some of the senior players have got to get hold of him. He’s a talented boy, but his attitude is like a spoilt child. It was absolutely ridiculous.

You don’t mind some players sometimes being moody, or having their head turned if they think they might be moving, but once you go on that pitch you’ve still got your pride.

You’re playing for your team-mates, for your club, for your supporters, for your family. You’ve got to go out and perform, and be moody after the game if need be.

Pretty much sums up Keane’s approach to football, to management, to life – not that’s he’s entirely wrong of course.

While we wouldn’t go so far as advocating unprovoked violence, it’s fairly obvious that Huffy McPrissypants needs a size 9 up the arse in some degree – even if it’s only a metaphorical one.

Let’s face it, Hazard left Chelsea last summer, in spirit, if not in body. The non-performances, the make-believe injuries, the early clock-outs.

He’s been a pale, washed-out holographic cipher of himself for seven months and it’s sad, pathetic and disappointing in equal measure.