Valencia boss Gary Neville was not a happy bunny on Tuesday night after Los Che’s youth side were the victims of a quite awful refereeing howler during their Champions League U19 clash away to Chelsea. 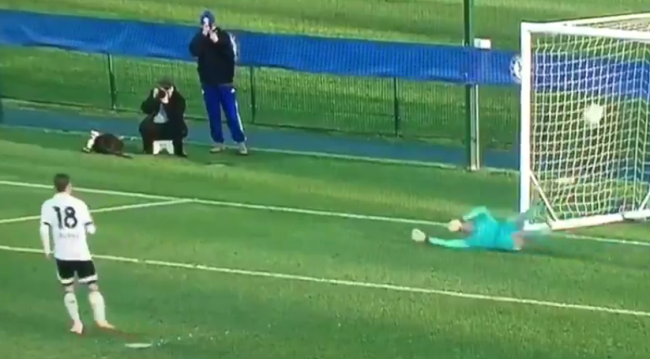 After the game, played at the Blues’ Cobham complex, had ended 1-1, a penalty shoot-out ensued. However, a spot-kick from Valencia’s Alberto Gil was adjudged to have hit the post by ref Adrien Jaccottet, even though it clearly crossed the line before rebounding off the stanchion…

With Chelsea scoring all five of their spot-kicks (and Valencia netting their three other penalties), it was the west Londoners who were victorious, with Neville Tweeting his frustration…

After the penalty in question was ruled as a miss, the Valencia players and staff all urged the officials to look at the video replay, but apparently the Swiss referee refused, leaving the Spaniards furious.

Valencia will now launch an official complaint to UEFA, although to be fair to the ref, why there was a stanchion in that part of the goal anyway?